eolconf.exe is the new program with all settings for Elma Online. It includes all the options previously found in the ElmaConf and belmaConf programs, as well as the settings for connecting to the server and some new options:

Set default values for the following options. These can be changed ingame.

Set which of the following items are visible in main menu. 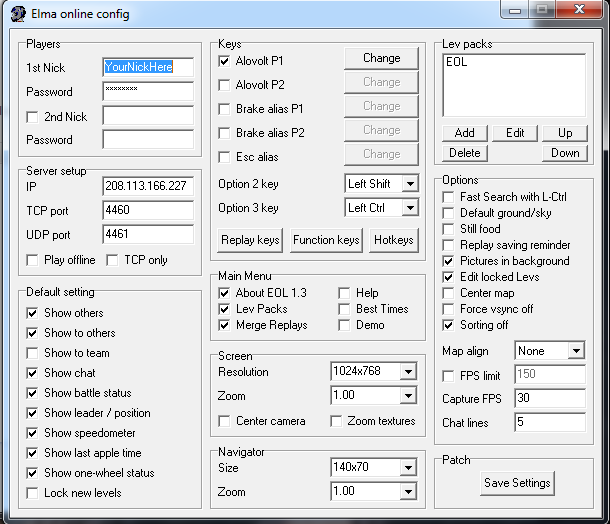